The Japanese Garden has been a staple of the Portland community for over half of a decade now. It’s tranquil and peaceful scenery are an escape for many in the Portland metro area who lead a rather busy 9-5 lifestyle. Being described as the most “beautiful Japanese Garden outside of Japan,” by Nobuo Matsunaga, a former Japanese Ambassador, encapsulates its authenticity. It’s a classic tourism spot yet this onlooker appeal isn’t it’s only facet. The Portland Japanese Garden is not only a celebration of connected cultures and sister cities, but it’s a place of appreciation for both history and nature.

Oregon is often quoted as the cultural parallel to Japan as it shares twenty-two sister cities with Japan; the most notable being Portland and Sapporo. This relationship between the country and Oregon dates back to the 19th century when the Japanese first emigrated to Oregon for work. The Japanese Garden was built as a truce between Japan and Oregon following WWII after the maltreatment of the Japanese. With thriving cultural ties between the two, Oregon strived to create a safe place to bridge this sorrowful gap between the two nations. 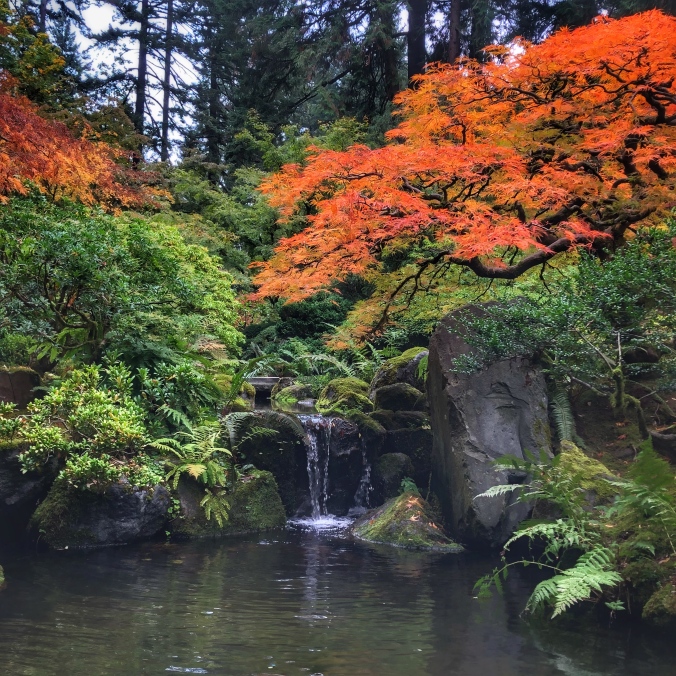 This Japanese culture does not only plant itself within Oregon roots though, Japan also finds itself intrigued with the Portland “way of life.” They are enthralled by the laid-back and carefree nature of Portland as it contrasted the grueling work ethic in Japan. To this day, there are over a dozen taprooms and stores inspired by Portland. There’s even a Portland-themed coffee shop that sells Stumptown coffee. While back in Portland, Japanese take a firm place in our food culture as well, with famous spots such as Marukin Ramen and Kizuki Ramen and Izakaya that started in Japan and found its way in Portland’s cuisine. Aside from the recreational shares between the two places, you’ll find that the Cherry Blossom Trees along the Tom McCall Waterfront were a gift from the Japanese as well.

The Portland Japanese Garden was designed by Professor Takuma Tono of Tokyo Agricultural University in 1963. His purpose was to encompass the cultural and historical aspects of Japan and Oregon through five different garden designs that work together harmoniously. These five gardens include The Flat Ground Garden, The Strolling Pond Garden, The Tea Garden, the Natural Garden, and the Sand and Stone Garden. These gardens were completed and open for the public by 1980. In 2017 came the Cultural Village expansion of the Garden which included three new gardens to fully highlight the styles and impression of the Garden. These gardens included the Entry Garden, the Tsubo-niwa or the Courtyard Garden, and the Ellie M. Hill Bonsai Terrace. With the array and diversity of designs, the Portland Japanese Garden acquires over 350,000 visitors per year and this year, that includes me. 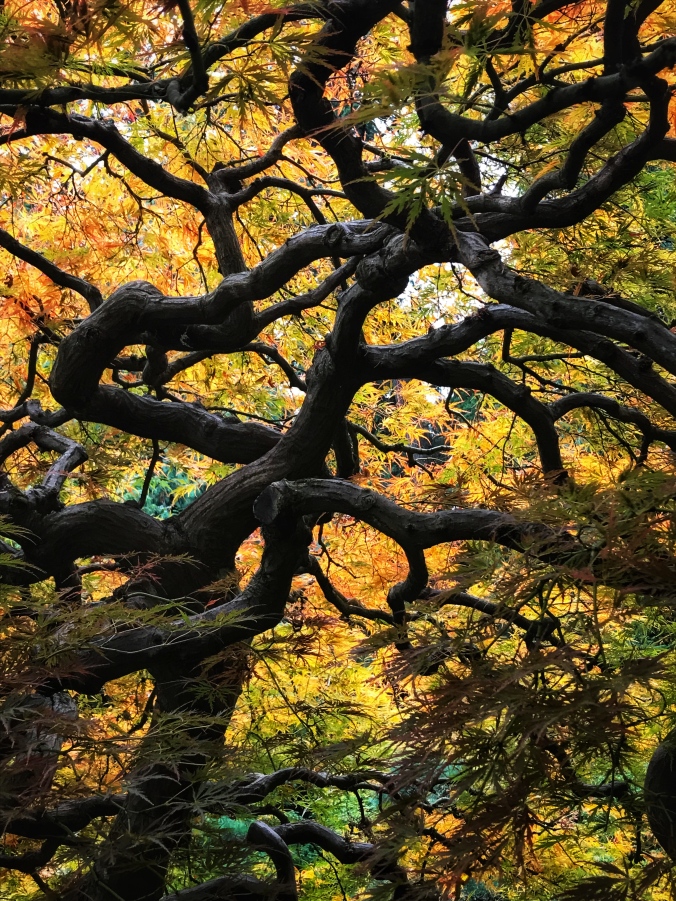 Portland’s free spirit meets the calm, orderly nature of Japan in this Garden from the moment you step in and you’re met with beautiful trees and buildings. This time of year brought out the beautiful reds and oranges of fall which embodied nature’s natural phenomenons. While the leaves were falling, the koi fish were swimming in their gorgeous koi pond adorned with small waterfalls. The crystal clear water brought out the vibrant colors of the Koi fish that swam underneath my feet as I walked through the bridges. Through the Garden, there are multiple buildings and architectural designs throughout including bridges and wooden walkways above the water that aided in the earthly tone and tranquility.

Experiencing the Garden for the first time was an enlightening experience, it wasn’t only peaceful but it felt as if the world was still. It was quiet, people spoke in a hush and everybody moved slower. It’s so often that most of us are always in a rush and always onto the next thing yet never appreciating any one thing in the moment. While in this Garden, I stopped and I appreciated every part and although it only spans a few acres, it’s impossible to get through every scene in less than an hour. 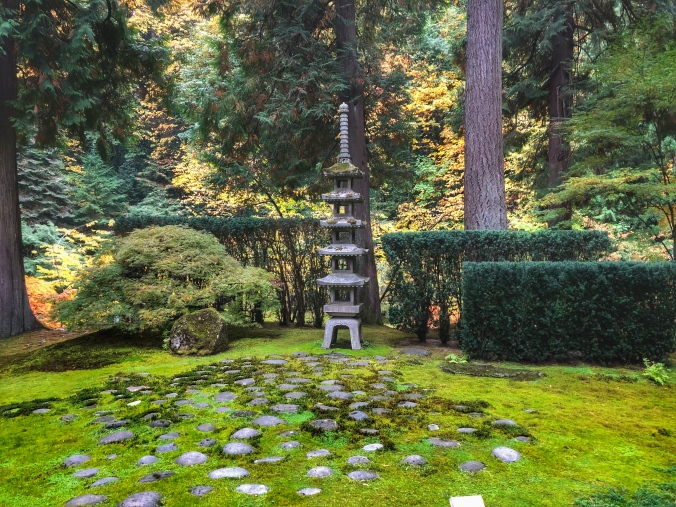 Experiencing gardens such as this stress the influence of nature in our lives. While at the Garden, it’s apparent that the majority of the visitors are that of middle to elderly ages. Subsequently, this means that the youth, like myself, rarely visit timely attractions such as the Japanese Garden. Teens are less likely and almost not at all likely to go to places like this. So often, teens are lost in social media, school, and their futures when gardens like this are not eternal.

It’s important to experience these beautiful places before they disappear, not just for the aesthetic of it all but for the perspective. Our world is run by technology and consequently, in-person experiences are often replaced with onscreen experiences that will never fully envisage the impact of our world. The world is simply too beautiful and too valuable to be left unseen.

Beautiful fall colors provide a wondrous and peaceful atmosphere within the garden. Photo by Quaye Dydasco